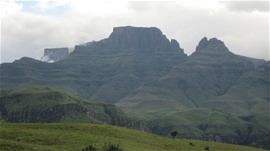 The first civilizations on Planet Earth

Majestic mountain ranges, that tower over all on the horizon.

Everywhere the signs are there for those who can open their inner eye and see with the vision that is inherently within all of us – although some of us, by way of our very genes, have the innate ability to do this – as we carry the genes of those who originally came here to live on this planet.

It is only those who have a certain strain of DNA and a certain mixture of their inherent cell structures – or memory banks encoded into those cells and strains of DNA that are the ones who naturally do have the ability to tap into these maps.

It has to do with the fact, that some of us are highly evolved souls who have incarnated time and time again, on volunteer basis to help this planet through times of great upheavals. In the beginning we were here to help establish life on this planet, to make it habitable. We were involved in the stabilizing of the stratosphere, and in helping to make this planet habitable.

So we built space and satellite stations underground – mostly to help us to not be at mercy from the elements – as these first had to settle into stabilized form – and also because at that time the stratosphere above the earth and within the whole solar system was in a state of upheaval, as elsewhere wars were being fought on other planets in this solar system for control.

Those who were the first to build and create these underground space stations were from Andromeda, Pleiadas, Arcturius, Ursus Major, Orion, Sirius, the Bear Constellation, the Milky Way, Pegasus, etc. They all belonged or were affiliated to the Intergalactic Fleet of the Great White Brotherhood – here a reflection of working with the Highest Frequencies and Vibrations – thus representative of the Divine Source – which is pure white energy – or the highest form of creative energy – as this embraces all frequencies, vibrations and rays within the cosmic sphere.

They were a different races from these different places, yet they all worked as one, and under the Law of One – thus always as co-creators – but under the jurisdiction and command of the Council of Twelve that sit on the advisory Board of the Divine Source.

Thus, having the freedom to create, when one is highly evolved, then becomes an act of creation – but always by inherently working WITH the cosmic energy forces, never AGAINST them and always for the GREATER and HIGHER good, never for self-enrichment or for selfish reasons. Especially not to create power bases, nor to control others.

In a way it is a matter of what is ethical – for in the end all has to do with ethics and if one works for the self – or in service to the Divine Source.

This is crucial in understanding the history of this Planet, and some other Planets within this Solar System – for this has always held some Planets back from evolving – and it has kept the whole Universe from evolving – for until this solar system finally comes into the frame of working together AS ONE – they rest cannot evolve.

In the beginning then – this was no problem – as all those that manned the space stations and those who visited it from time to time, adhered to the RULE OF ONE and thus also the Laws OR ONE. Although from diverse constellations, galaxies etc. they were at peace with one another and thus worked together AS ONE.

It has to be said here that the space stations that were built underground, belonged to certain galaxies – eg. Andromedans, etc. purely as each brought in their own expertise.

A lot of this had to do with experiments. So animals, plants, insects and living creatures, as well as certain elements etc. were then imported from such galaxies as were involved and then introduced to this planet – to see how they would adapt to being in this solar system.

So, from the first then, this planet, like many others, became a huge laboratory in which a lot of experiments were made, by the scientists working on the motherships and also in the space stations, to see how they would or could adapt to this planet.

When all had settled down, all who saw her, the Planet called Terra (not Earth, which is term adopted by the people of this planet), she was beautiful and the crown jewel of this solar system.

A lot of the scientists who had helped to create and settle this planet into form and function, fell so much in love with this planet that they then asked permission from the Council of 12 who sit on the advisory Board of the Divine Source, and the Intergalactic Fleet, if they could not settle permanently on this planet.

After some deliberation, and after an agreement had been made as to what extent they were allowed to function as an entity – they were allowed to built settlements of the surface of this planet. Add to this, that Gaia, the Earth Mother, as a living, breathing entity, was also consulted. And she gave her permission – as all was in perfect harmony and they worked with Gaia – and thus all were AS ONE.

ONE MIND, ONE BODY, ONE SOUL, ONE ENTITY.

Not, the planet at that time was very different from what it is now. The land masses were different, and where the oceans are now, there were continents and islands, and were the continents and islands exist now, there were oceans and lakes. So, a human being living on this planet today, at this moment, would not have recognized this Planet when she was in her Prime – at the very beginning.

This is a very important fact to keep in mind – in fact a key to understanding the whole history of the African continent – and why this continent has always been considered holy and God’s own country.

At the time when these first scientist then settled on the planet, the first energy lines, grids, and ley lines were put into place with the help of the Motherships of the Andromedan High Command, under the jurisdiction of the Intergalactic Federation. This is mostly because the Andromedans are highly evolved Beings and have the ability to work with and anchor in high frequencies and vibrations with their superior knowledge. In a sense, because of their own extremely high vibrations as Beings, they thus then have the ability to tap into the Divine Sources’ own energy – Divine Source being pure energy – and then to channel it – or act as a conductor of this energy and then to mind-control it, and then put the energy into place at exactly the rights spots and at the exact frequency it needs to function on.

(Note: I sometimes find I do have the vocabulary to describe an energy form and technology that is extremely advanced and not known on this planet at this time)

When all these energy grids were in place, this then acted as a natural energy source for the whole planet. All could easily tap into it and use it for flying their craft, for lighting up their homes, for all that they needed it for. This then meant that because the energy came from a source earth friendly and in adherence with the Divine Source it did not harm or pollute and all had access to it. Add to this that individuals could easily tap into the same source and teleport themselves to wherever they wanted to be – also to other galaxies and solar systems.

By willing yourself then, to be, for instance on a Mothership, you could dematerialize your physical form, tap into the central energy grids and then appear on the Mothership instantly. You could do the same – if you wanted to go and visit relatives or loved ones on Orion for instance – you could do pretty much the same.

The first volunteers were a very tall race, and they would be considered giants by our standards. They were 12 feet, sometimes a little smaller, or even taller. They had perfect forms and thus were a very handsome people. They had a physical form, as said, and they had blue, green to hazel eyes – and some had white-blond, blond, to reddish blond, auburn to red hair. They were the ones that the Celtic Race stems from – mostly – as these form the original gene pool of this planet.

You had others that had different forms. You had the cat people who came from Sirius and Orion and are often depicted as beings with the manes of lions and looking like lions. They had long golden hair, and also hairy faces, although they do look human. Cat-like eyes – mostly green to hazel.

Others were the ones from Venus and Mercury - also a tall people, with beautiful huge blue to purple eyes, and blond to auburn hair. Fine, beautifully made – a very gentle race and mostly are intermixed or often confused with the Andromedans as they look very much the same.

The people from the Bear Constellation, where smaller, and were mostly more red skinned and with dark hair and eyes. They were originally from a Galaxy far away from this solar system, known also as the bird people. Sometimes they preferred to by without form – but when in physical form the red races are a beautiful and gentle race and ones that have always worked with the plants, trees and also animals. They introduced a lot of these to this planet.

This then were the group of volunteers who first built underground space stations and then started colonizing this planet – and worked as one.

There were no wars, and neither any disputes. All lived in harmony and peace. They built cities of crystal and had the technology to materialize and dematerialize elements, like rocks – so when building huge complexes they simply used this technique to place massive blocks of stone exactly into place where they were needed. A matter of working with the vibrational frequency of such an element and then re-forming it to what one wants to have, where one wants to have it.

More and more people from other galaxies asked for permission to stay on – and eventually thus the population grew..

This then was the Planet Terra, at the very beginning......